The Holocene Evolution of the Volturno Coastal Plain (Northern Campania, Southern Italy): Implications for the Understanding of Subsidence Patterns 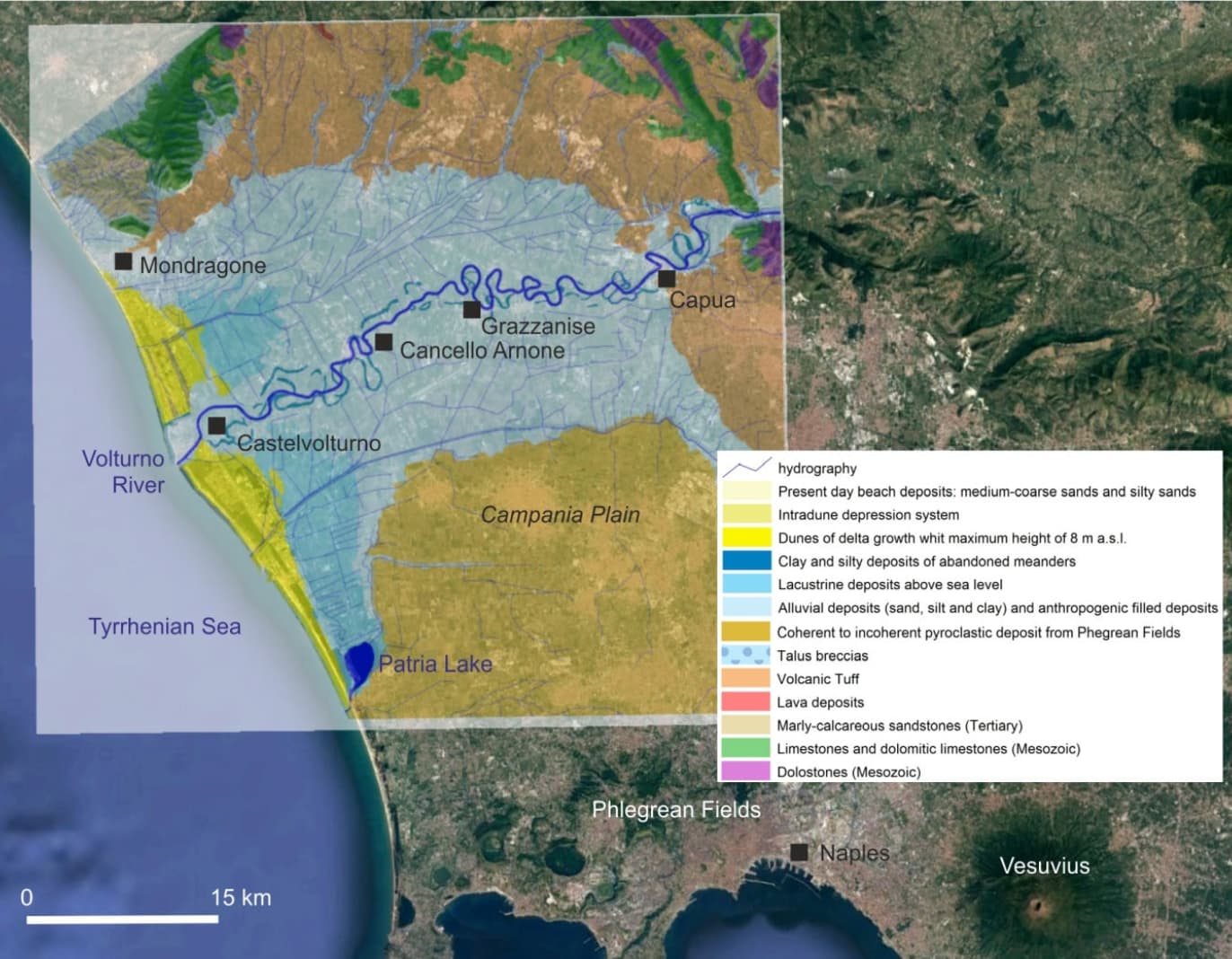 In the Mediterranean area, several alluvial coastal plains, developed after the Holocene transgression, are affected by subsidence. The Volturno alluvial-coastal plain, along the eastern Tyrrhenian Sea (southern Italy) is characterized by subsidence rates determined through InSAR data analysis and ranging between 0 and <−20 mm/yr in an area of about 750 kmq across the Volturno River.

Inside this area, the pattern of subsidence shows sites with apparently anomalous localized subsidence. To understand the driving mechanisms of this process, a lithostratigraphic reconstruction was provided focusing on the spatial distribution of the horizons considered weak by a geotechnical point of view; then, the subsidence map was overlain spatially with geological data in a Geographic Information System (GIS) environment.

The spatial analysis highlighted the major ground deformation occurring within the outer boundary of the incised paleo-valley, corresponding to the Holocene alluvial/transitional filling that overlies a compaction-free Pleistocene basement. Inside this general trend, differential compaction was detected corresponding to the thick occurrence of clay and peat deposits, suggesting that the subsidence rate registered in the plain are due in part to the consolidation of primary settlements of soft and compressible soils that characterize the subsoil of these areas, and in large part to the secondary consolidation settlements.