The clays involved in the 1963 Vajont landslide: Genesis and geomechanical implications 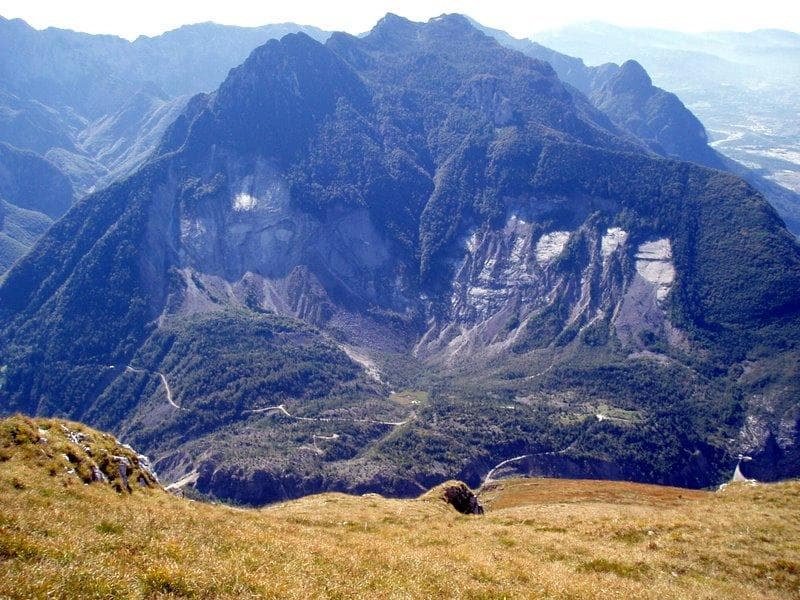 The clays involved in the 1963 Vajont landslide: Genesis and geomechanical implications

Abstract
The catastrophic Vajont landslide that occurred on 9 October 1963 caused about 2000 deaths when 270–300 Mm3 of rock and debris slid from the northern slope of Mt. Toc into the newly created artificial reservoir, displacing some huge water waves that flooded the nearby villages. The 1963 slide was an en-block remobilisation of a prehistoric rockslide lying on the southern reservoir bank. Basal sliding took place within a complex lithostratigraphic sequence of cherty–marly limestones and clay interbeds belonging to the Fonzaso Formation of Upper Jurassic age.

In this work, we investigate the geological origin and provenance of the Vajont clays according to the results of mineralogical and geochemical analyses performed on several clay samples which were collected from the landslide failure surface and the same limestone sequence in the surrounding area.

The sampled clayey materials contained variable amounts of clay minerals (36–96%), calcite (4–64%) and quartz (0–6%). The dominant clay minerals were illite/smectite (I/S) mixed layers with a high illite content (85–50%), which was consistent with the high percentage of K2O (1.17–5.77%). The Vajont clays included in the Fonzaso Fm. can be referred to as K-bentonites and can be interpreted as distinct deposits of volcanoclastic materials (tephra), representing the sedimentary inputs of volcanic ashes that interrupted the “normal” calcareous sedimentation during the late Oxfordian–upper Tithonian (158–145 Ma). The soft clay interbeds played a different mechanical role in the occurrence of the prehistoric rockslide and the 1963 en-block remobilisation. When referring to the ancient slope failures, distinct clay-rich layers that were concentrated within some specific lithostratigraphic intervals of the Jurassic cherty limestone sequence caused a localised decrease in the available shear strength, allowing for relative shear displacements along the dip-slope bedding planes. This caused additional shear/tensile fracturing of limestone beds and the formation of a stepped basal failure surface.

During the 1963 remobilisation, the clay layers contributed to the average shear strength decrease of the debris material forming the basal shear zone of the slide, but the main triggering factor was the increase in pore pressures caused by the reservoir-induced groundwater inflow.