Marine geological maps of the Campania region have been constructed both to a 1:25.000 and to a 1:10.000 scale in the frame of the research projects financed by the Italian National Geological Survey, focusing, in particular, on the Gulf of Naples (Southern Tyrrhenian Sea), a complex volcanic area where volcanic and sedimentary processes strongly interacted during the Late Quaternary and on the Cilento Promontory offshore.

The seismo-stratigraphic data, coupled with the sedimentological and environmental data provided by the geological maps, provided us with new insights on the geologic evolution of this area during the Late Quaternary. 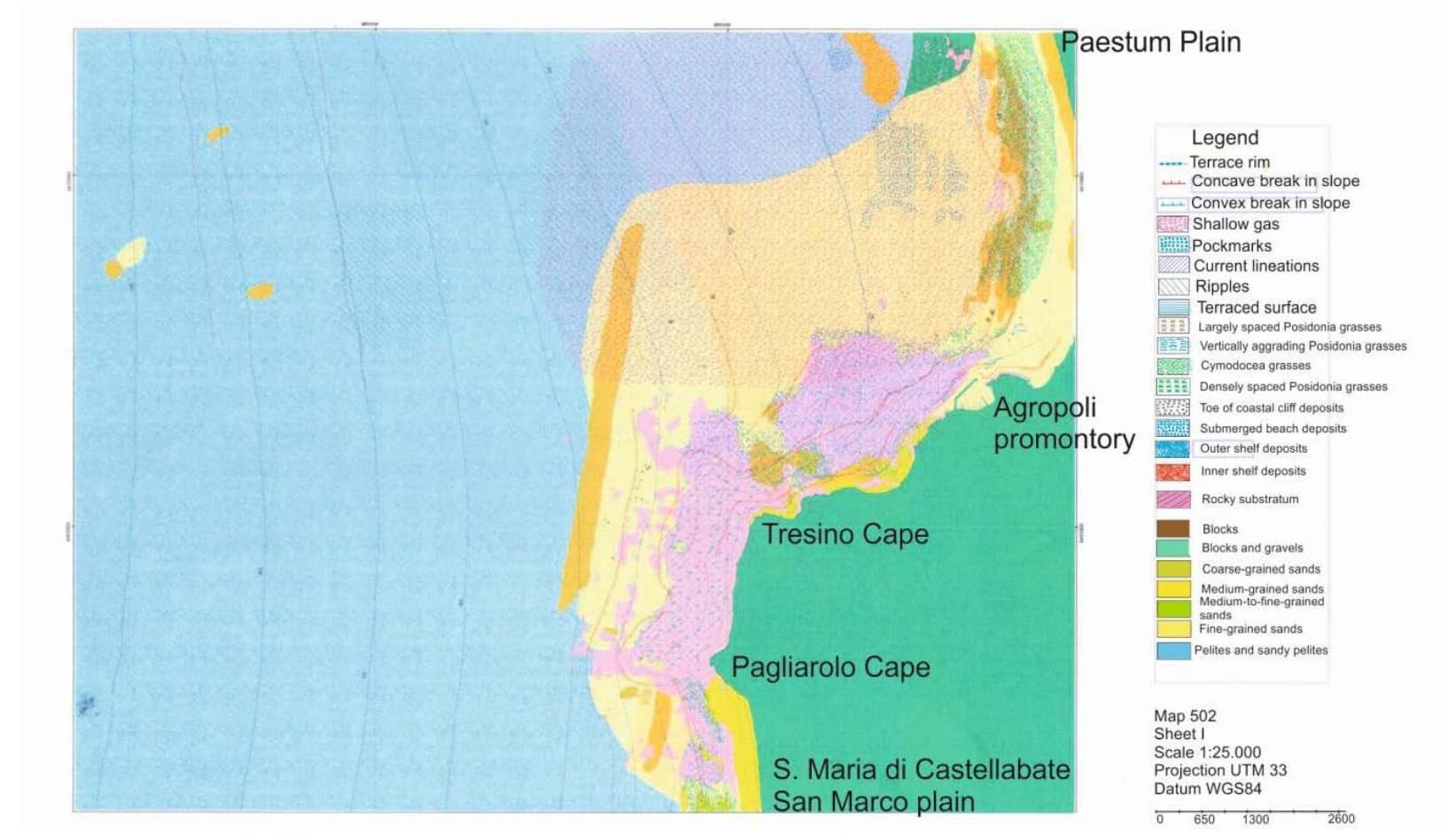